Birmingham van hire specialists Elmport Van Hire are the number one choice for van rentals in Birmingham and West Midlands.

Elmport Van Hire specialise in van rental and have over 30 years experience in providing simple, smooth and hassle-free rental experiences.  Whether you need a quick replacement vehicle, have a longer-term need or just want to hire by the day, we will provide you with the perfect vehicle and have you on your way within 10 minutes

call us or fill in our enquiry form

talk to a real person about your booking

drive away within 10 minutes 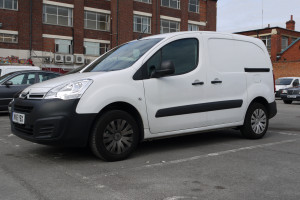 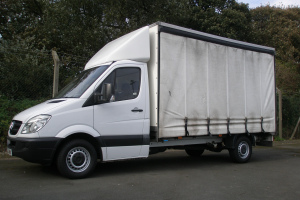 Get Your Licence Check Code

I needed to hire a vehicle for an empty drive to a village in Greece, on the mainland. The plan was to load it with my sister’s personal belongings,
as she was leaving Greece, where she has lived for many years, and returning to live in England.

Firstly I tried a local Birmingham company, whom I’d used before, but their insurers decline to cover anybody aged 70 or over. I had used PFB
many times before, but a long time ago, so I contacted Peter. He supplied me with a Crafter van, which apart from a glitch with the windscreen
washers, performed faultlessly all the way down to southern Italy, and after a ferry trip another 200 miles or so into Greece. A few days later the
van was loaded – filled to the roof, in fact, and the reverse journey started. Again, it was a completely pain free trip from the vehicle point of view.
Because we were travelling in a completely unmarked vehicle, we became a target for Customs people at each and every opportunity – indeed
we were inspected 3 times within the space of 200 yards just trying to board the ferry from Greece to Italy. Each time was a rigorous, ‘looking for
trouble’ inspection, and though they tried hard they couldn’t find anything wrong with any of our documentation. The exact same thing happened
leaving Italy for France, our passports and the van details were photographed, but again no fault could be found. I will always be grateful to Peter
for getting all that dead right!

The actual drive back to UK went perfectly – I must commend the VW’s brakes, as they were called on heavily on two occasions on the Autostrada,
the 2nd of which turned out to be a fatal accident for other people. All in all, it was a great trip, and I would not hesitate to hire from PFB/Elmport again
– although I trust I won’t have to make that particular journey again!

We needed a last minute van for the hindu festival of Holi to transport items from various locations to canon hill park. Spoke with Peter who was very polite and to the point not to mention reasonable on price. Booked a merc luton. Van was clean and tidy, Peter showed me existing damages and noted them all down. This van was great to drive felt very safe and there was even an out of hours return facility. We highly recommend this service and will be using them again. Peter a massive thank you, customer service goes a long way!

We are a Birmingham van hire business based in Tyseley and serve Birmingham and the greater West Midlands, nationwide delivery available. No booking is too much trouble.

We pride ourselves on our fast, friendly and personal van hire service. If you are looking to hire a van or commercial vehicle then give us a call. You wont be disappointed.

Please check with us before travelling as opening hours may vary.

Vehicles are available to hire outside published hours by prior arrangement.